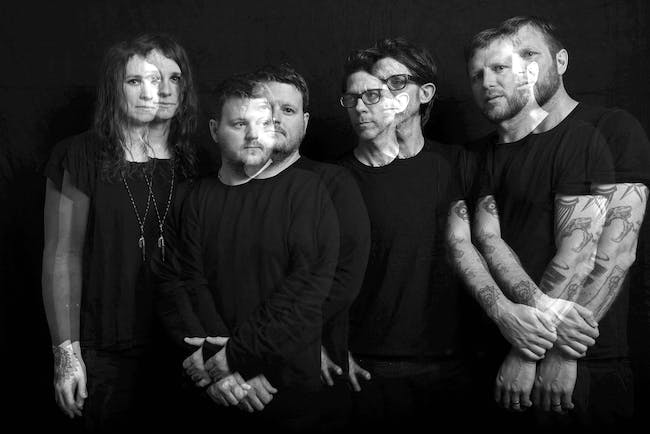 iCal
Google
Against Me! w/ Stef Chura at Higher Ground

Four years is a measurement of time that America has used for centuries to indicate change. Presidential terms last four years; high school diplomas and college degrees typically take four years apiece, too. It’s not an arbitrary thing, either: It typically takes that much time from the declaration of something changing for it to actually change.

Meet Laura Jane Grace. Four years ago, the Against Me! frontwoman came out as transgender; 18 months later, she released the band’s sixth album, the fiery Transgender Dysphoria Blues, one which she began working on before her transition and helped document the struggles she was facing. It was an intensely personal record that took on a life of its own, connecting with thousands of new listeners drawn to Grace’s honesty and complexity while still pleasing Against Me!’s dedicated fanbase.

Now, four years after Grace’s public reintroduction, Against Me! is ready to release their new album, Shape Shift With Me, September 16 on Total Treble. While much has changed in the lives of Grace and her bandmates—guitarist James Bowman, bassist Inge Johansson and drummer Atom Willard—in that time period, it’s clear that those intervening years have done wonders for creativity.

“Everything with Shape Shift With Me has been really about keeping momentum going,” she says. “In between every tour we did for Transgender Dysphoria Blues, I would have a couple songs I had written and we would demo them. At the end of two years of touring, we had an album ready to record. Usually, you come off of touring for a record and you're back at square one. But this was so fully formed it felt like there was no choice but to go ahead and record the songs.”

Shape Shift With Me has the distinction of the first album Grace has written truly from the heart, with no metaphorical cloaks cast over the lyrics. It’s an album about love, that deceptively complex emotion we all struggle with yet has somehow eluded most of Grace’s songwriting for the past 20 years.