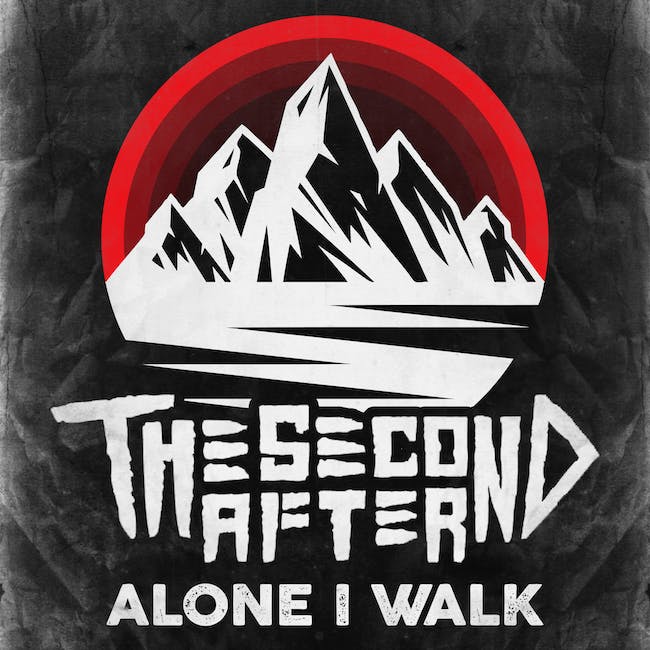 Hailing from Winnipeg, Manitoba, Canada; Alone I Walk was born from the creative mind of Franky Courcelles. After brother Pascal Courcelles’ own band separated, he soon joined his brother Franky in what would become a soon to be iconic musical partnership.

Alone I Walk brings a wide range of energetic, hooky rhythms that are perfectly tied together with the strong and emotive vocal delivery by frontman François Courcelles that are tightly supported by Pascal for the impactful harmonies that they bring to their sound both live and on record. The brothers soon signed to Los Angeles based label Anchor Eighty Four Records during the winter of 2019. Traveling to Los Angeles shortly after, Alone I Walk tapped producer Johnny Liu (In Her Own Words, Movements, Slowtrip) to help elevate (an understatement) the demos they had written for their label debut EP due out later this year.

Emerging out of Durham, NC, The Second After sets their sights on bringing their own unique style to the pop-punk music scene. The foursome formed out of a group of life-long friendships in late 2014 and consists of Michael Greason (vocals), Ryan McDonald (drums), Nolan Shambley (bass), and Alfred Williamson (guitar/vocals). With deeply intricate and hard-thought melodies and harmonies, combined with “bouncy” and exciting energetic riffs, they are prepared to take their music scene by storm, and reignite a passion for a genre that has meant so much to so many. With touring up and down the east coast and opening for bigger bands, such as Waterparks and Four Years Strong, at their local NC shows, the band has started to make waves. The group recorded and released their first EP “Hit & Run” in late 2015, followed by the single “Judy Can Judge Me All She Wants”, released in August 2016. In early 2017 they released two acoustic singles, “Before I Lose” on Valentine’s Day, and “All In, Or Nothing At All” released in early June. When talking about the band's development and drive, The Second After said, "The roots of the friendships within this band run deep. We've been through a lot in life together and we're all about positivity, community, and making the most out of every moment. We wanted to capture something that was as catchy and approachable as the music we grew up in love with, but with our own take on a heavy and energetic sound, inductive of crowd interaction, that would translate well to our live show."

In late 2017, The Second After signed with Revival Recordings! With the announcement of signing to a label, the band also released their first single off their EP, Treadmill At The Finish Line, titled "Homewreck Sick." Treadmill At The Finish Line was released in March 2018 and is available for streaming and purchase on all digital platforms now! In late 2018, The Second After opened for SayWeCanFly and A Summer High on their full United States tour. Heading into 2019, The Second After does not look to be slowing down anytime with a lot of touring in the upcoming year.