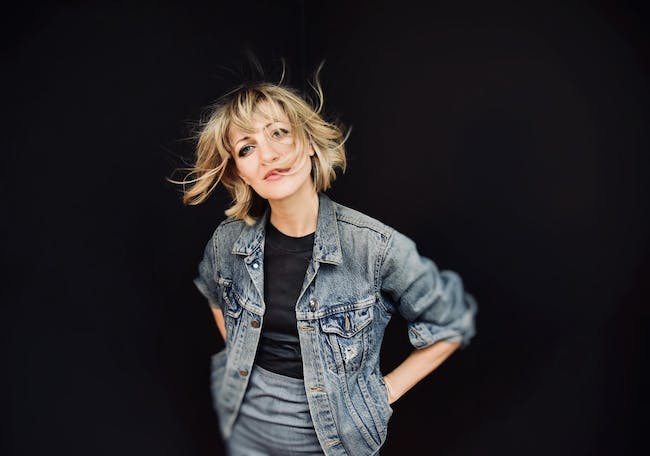 Anaïs Mitchell is a Vermont and Brooklyn-based singer-songwriter who comes from the world of narrative folksong, poetry and balladry. Among her recorded works are Child Ballads, Young Man in America, and Hadestown, the latter of which she expanded into a theatre show. Hadestown debuted off-Broadway in 2016 at New York Theatre Workshop, and will open at London’s National Theatre in November 2018 before transferring to Broadway. She has headlined shows around the world, and opened tours with Bon Iver, Josh Ritter, Punch Brothers and Patty Griffin. If there's a common thread in Mitchell's work it's that she's as interested in the world around her as the one inside her. As the New York Times wrote, “Ms Mitchell’s songs address contemporary angst with uncanny vision….a formidable songwriting talent”.

Ana Egge grabbed hold of her life as a musician early on - as a teenager, she built her own guitar and moved to Austin, TX to observe, absorb and take risks. The striking depth and unusual maturity of her singing, playing, and songwriting got her noticed, and she recorded her first album, River Under the Road (1997) with the legendary western swing band, Asleep At The Wheel. The Austin Music Awards named her “Best Singer/Songwriter” and “Best Folk Artist.” Over the ensuing years and 9 subsequent CDs, Ana has made good on that promising debut. She has worked with producers Martin Terefe, Jason Mercer, Joel Plaskett, Steve Earle, and Stewart Lerman, and recorded full albums with The Stray Birds and The Sentimentals. Ana’s last single, “We Are One,” co-written with Gary Nicholson, has gathered over five million Spotify spins. RnR called her last album, White Tiger, “wonderful” and No Depression deemed it “nothing less than a balm for the soul.” Now, in 2019, she has released Is It the Kiss, her eleventh album, a new batch of Egge originals of such singularly articulate and affecting honesty and sensitivity, as to once again deserve USA Today’s accolade, "[Ana] can write and sing rings around" her contemporaries.