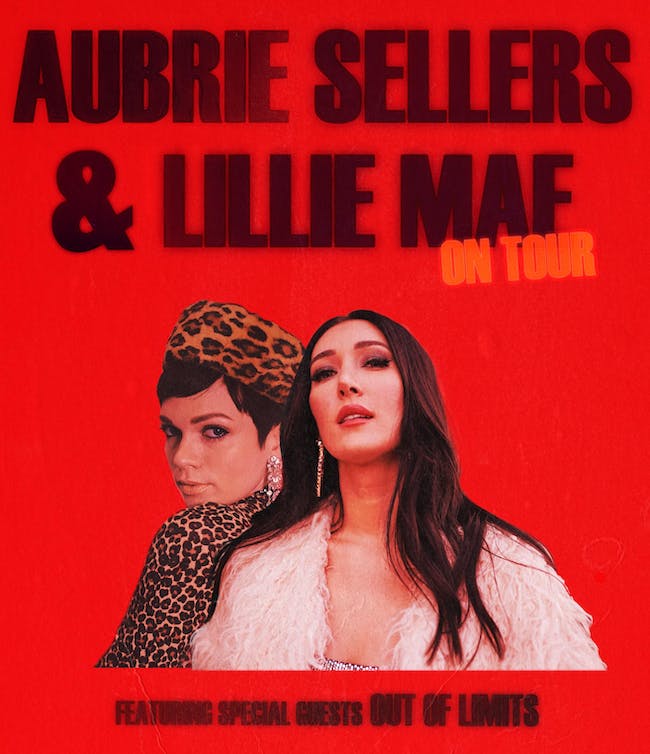 The Aubrie Sellers + Lillie May performance originally scheduled for April 4 has been postponed to August 21. All tickets for the April 4 performance will be honored at the August 21 show. Apologies for any inconvenience.

Genre defying artists Aubrie Sellers and Lillie Mae join forces this Spring for one of the year’s most anticipated tours, delivering spitfire performances of songs from both of their critically acclaimed catalogs.

With many commonalities, including being raised in music families, around high caliber musicians, and literally growing up on the road (Lillie in an RV with her family and Aubrie on a tour bus), these women also share the respect of many of their heroes, including Ralph Stanley, Steve Earle, Buddy Miller, Chris Stapleton, Miranda Lambert, Marty Stuart, Iain Archer, Brendan Benson, Jack White, Robert Plant and Dave Cobb, to name a few. Each has also created her own brand of on-the-fringe, “space rock country,” receiving praise from critics across genres.

"I’m beyond excited to embark on this tour with Lillie Mae. Her musicianship, records, and independent spirit inspire me immensely as an artist. To come together and create a musical experience like this has been a dream of both of ours for a long time. We are so lucky to have musicians of this caliber joining us not only in our own bands, but coming together to create a remarkable opening set of their own.” - Aubrie Sellers

“When Aubrie asked me if I wanted to do this tour with her, I got so excited I could barely wait! I couldn’t believe it. I am such a huge fan of her songwriting, last record and new music.. and her incredible voice! I listen to her all the time, and I’m so honored to join her and her band for this tour, It’s going to be one for the books.. I’m so thrilled to be part of such a cool tour.” - Lillie Mae