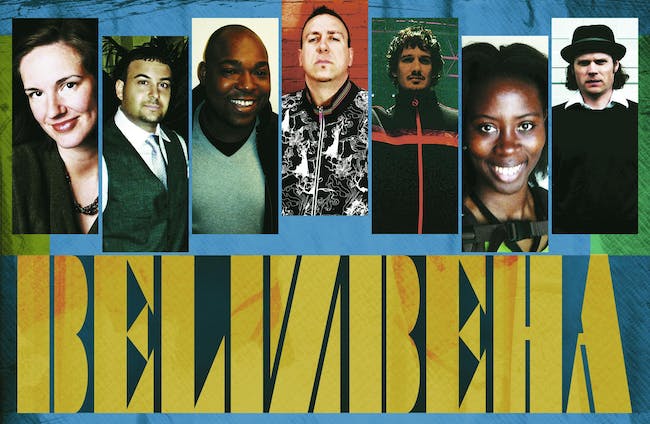 Burlington, Vermont's own Belizbeha is celebrating its 25th Anniversary this year and will be performing one-night only at Higher Ground Ballroom in South Burlington on October 5th, 2019.

The 7-member band was formed in 1994 (by a mix of University of Vermont and Champlain College students) and plays a fusion of acid jazz, funk, soul, hip-hop and R&B. Belizbeha wrote and recorded two full-length albums: Charlie’s Dream (recorded in 1995), was a striking amalgam of cultural and musical influences. It showcased the band’s soaring soulful vocals and full-bodied, bombastic flow of MC Fattie B. over a seamless rhythm section. The album was critically acclaimed (both regionally and nationally). Their follow up Void Where Inhibited was recorded in 1998. It too was a critical success.

Belizbeha was a tour de force on the national touring circuit from 1995-2001, playing over 1,400 live shows (throughout the US, Canada and Germany). The band headlined numerous tours, playing over 60 different colleges, universities and prep schools, several music festivals, as well as opening for national acts such as A Tribe Called Quest, Kool & the Gang and Maceo Parker to name a few. The band headlined some of the most prestigious music venues in New York City, Los Angeles, Boston, Atlanta, Chicago, Philadelphia, San Francisco, Denver, Seattle, Toronto and Montreal, to name a few.

Once the band stopped touring full-time, several of the members went on to have continued success in studio recording, touring, writing, publishing, and producing music.

However, opportunities to perform live have continued to roll in. And although the logistics are now more difficult, (with 4 members on the west coast and 3 on the east coast) 5 sold-out shows (between 3 Burlington Jazz Festivals and 2-night run at the Rusty Nail in Stowe) have confirmed the band's fan base is still fervent 25 years after they formed.