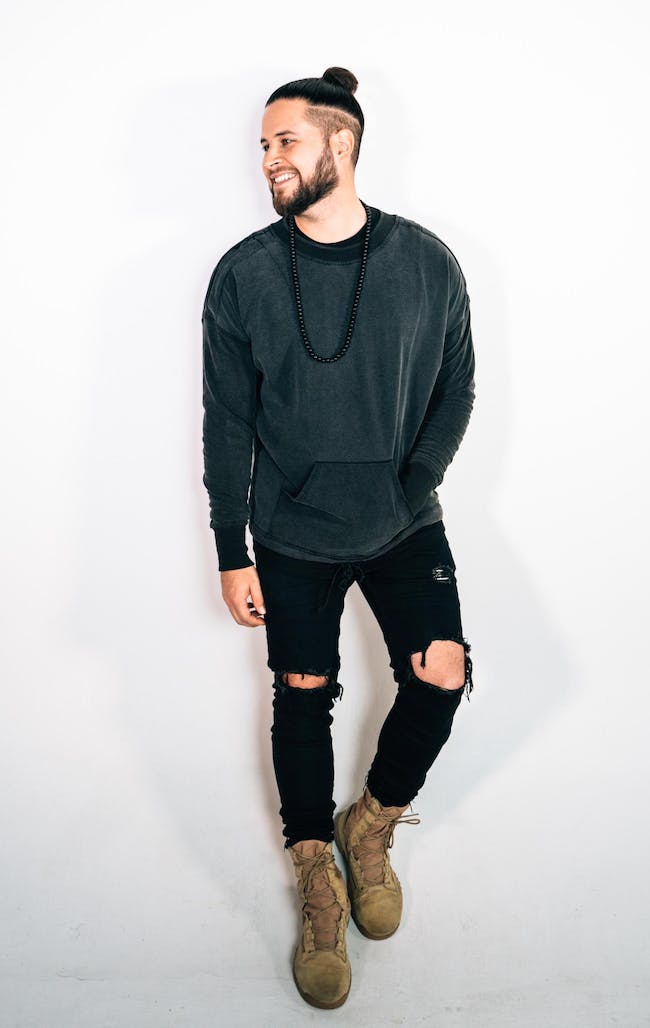 Filmore is an anything-but-typical country singer/songwriter. The Missouri-native, who now calls Nashville home – and who tallies north of 50 million on-demand streams to- date – has been featured by Spotify, The New York Times, SiriusXM’s “The Highway,” The Bobby Bones Show, Apple Music, CMT, and Pandora.

In addition to Spotify featuring Filmore on noteworthy playlists such as "New Music Friday" and "Wild Country," etc., he was the first unsigned artist to become the face of the coveted “Hot Country” playlist, and has had multiple tracks reach the US Top 50 Viral Chart.

Sacrifice only begins to describe the man, who is unequivocally all-in to expand his reach worldwide. He has honed his electric and engaging live show by touring alongside Sam Hunt, Russell Dickerson, Brett Young, Carrie Underwood, Jon Pardi, Michael Ray, Chase Rice, and Dan + Shay among others, on the way to headlining sold-out clubs across the country.

Recent festival highlights include Watershed, CMA Fest, Stagecoach, Country Thunder USA, SXSW, Faster Horses, Buckle and Boots (UK), The Rooftop at Pier 17 in NYC, and you can look for him on tour with Walker Hayes from January through May of 2019.

“Heart’s Having a Hard Time,” the latest release from Filmore, was featured by The New York Times on “The Playlist.” In less than a month since its December 14, 2018 release, the song has already amassed millions of on-demand streams.

For Filmore, there is plenty more to come in 2019, and well beyond.

Alana Springsteen is an 18 year old country music artist born and raised in Virginia Beach. She currently lives in Nashville, Tennessee and is signed to Warehouse West Entertainment. Alana released her debut EP on 6/7, produced by Luke Wooten.