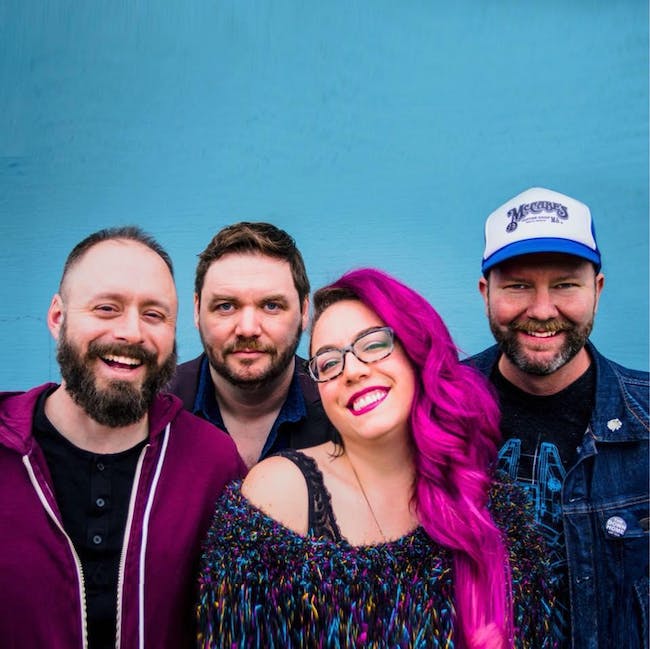 One day in late February, the five members of Front Country were warming up for their record release show at the renowned bluegrass club the Station Inn, in their new home base of Nashville, Tenn. They'd never played most of these songs live before.

It wasn't a given that these musicians would wind up in anything remotely resembling a bluegrass band. Singer Melody Walker got into world music and belted out roots-rock. Bassist Jeremy Darrow studied jazz. Leif Karlstrom trained as a classical violinist, and still prefers that title to "fiddle player." Mandolinist Adam Roszkiewicz studied classical guitar at the San Francisco Conservatory of Music.

The actual guitarist in the band, Jacob Groopman, did his share of exploring after college, too.

"I was in an Afrobeat group for about five years, touring around in this 10-piece kind of hippie Afrobeat band," Groopman says.

In the bluegrass world, musicians tend to define themselves by their relationships to tradition — specifically, the tradition of high-and-lonesome singing and a hard-driving sound. There are regional variations from Virginia to Colorado. The West Coast has its own freewheeling tradition, and that's where Front Country started out: at a monthly jam in San Francisco. Then its members heard about a band contest at a bluegrass festival.

"And we ended up winning that band competition," Walker says. "The very next day, I made a website for the band because I thought maybe people will be Googling Front Country at that point, possibly."

From that point on, Front Country was a serious band. The group made a mixtape re-imagining songs by Don Henley, King Crimson and the indie-pop band tUnE-yArDs.