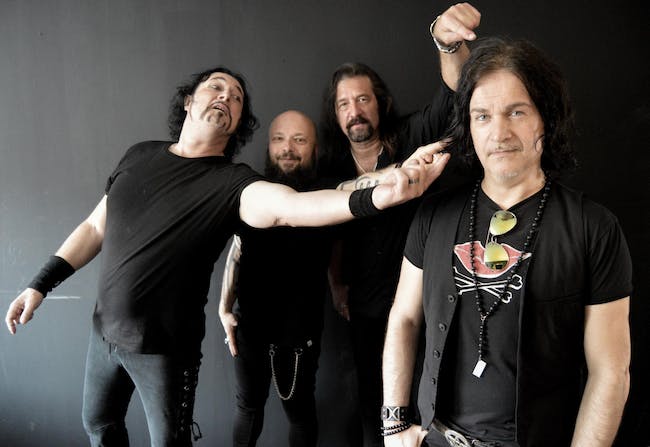 The band's debut album is decidedly old school in its execution. Overdubs were added as needed, but the bottom line according to Scheithauer was "having that live feeling that seems to be missing with a lot of recordings these days. We'll go and rehearse in the studio, sometimes we'll hear something that would be a great take, and that's a magical thing. What makes certain records magical is that the music is living and breathing; it's organic, it's real, including the occasional mistakes (laughs)." There were several big name singers considered for the position of Last Temptation's singer, whom Scheithauer calls "the usual suspects", but those suggestions were shot down by Daisley who felt that would be expected. Choosing Butcho Vukovic came down to wanting a voice that was original and would give a fresh aspect of the music. Described by Scheithauer as sounding like a young Ozzy or a young Ronnie James Dio, Vukovic "has a very good sense of melody which is really important." The next step, of course, is to bring Last Temptation to the stage. During the long process of recording Peter and Butcho quickly realized that problems of agendas or personal issues could compromise their organization, the idea of a flexible line-up was imposed.They decided to added some players in the recording line-up so they could always count on a firm line-up that appears on the record and also helps to assure promoters and agents that the band will be present and ready anytime.