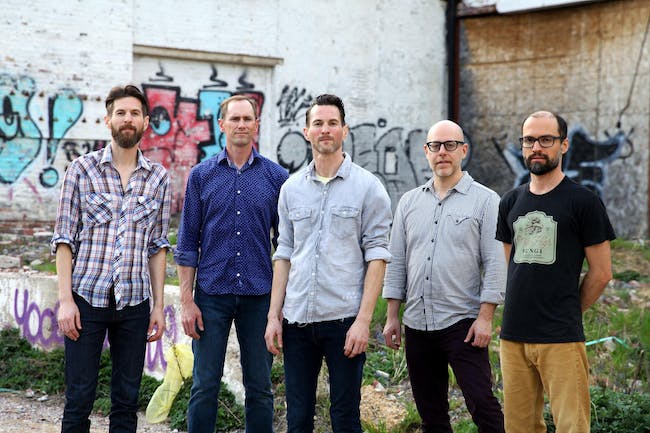 Lotus has always been difficult to define musically; an instrumental jamband that has favored groove-based improvisation instead of gaudy solos and noodling. Influences of classic electronic dance music, funk, post-rock and dance-rock have all made their way into the Lotus sound. Over the years, their unique musical blend of electronica with jam music has helped forge a new path in the jamband landscape, influencing many younger bands in the scene. Their latest studio effort, Frames Per Second (December 2018), aims to showcase Lotus in a pure, raw form performing live in the studio. Tracked live at Rittenhouse Soundworks in Philadelphia with cameras rolling, the all-instrumental result is both an audio and video project. Instrumental jazz-funk, Norwegian space-disco and other sounds make their way into the expansive 19-song album and documentary. For Frames Per Second, Lotus aimed to incorporate pyschedelia into the album’s sound by combining hypnotic beats with unexpected harmonic or timbral turns. Approaching two decades together, Lotus has toured actively throughout the US working their way up from dingy basement clubs to world-class venues such as Red Rocks. They've become festival favorites, playing everything from Bonnaroo, Camp Bisco and Outside Lands to Ultra Music Festival and Electric Forest, building a hyper-loyal following along the way. A Lotus live show is an experience, a uniquely crafted and improvised set taking everyone, the crowd and band, on a journey.

A duo by the name of Wax Future has been captivating listeners around the world with a refined funk drenched, hip-hop driven sound. In 2016 they dropped their 2nd EP with Adapted Records titled “Make Me Feel Again” which takes listeners on a immersive musical journey, blurring the boundaries of genre. Tracks like Grime Piece showcase the advanced sample collaging and production techniques of producer Connor Hansell paired with the guitar mastery of Keith Wadsworth, while tracks like “A Long Journey Into Night” showcase the storytelling and songwriting that Wax Future has come to be known for. Wax Future’s sophomore release opened up big doors for them as they began to take the national stage with opening support slots with artists like Big Gigantic, Opiuo, Pretty Lights, Tipper and more. The Philadelphia Duo has cultivated a dedicated and loyal fan base, that has been self proclaimed with the name “Wax Mob”. The Mob brings the same passion to the dance floor that Wax brings to the stage, and they are known to tenaciously represent Wax Future. When performing live the duo also feature’s the visual artistry of Jamal Rab, who brings yet a deeper level of sensory enjoyment, creating a ethereal and captivating visual experience, with touches of live recorded footage and vintage analogue style FX.