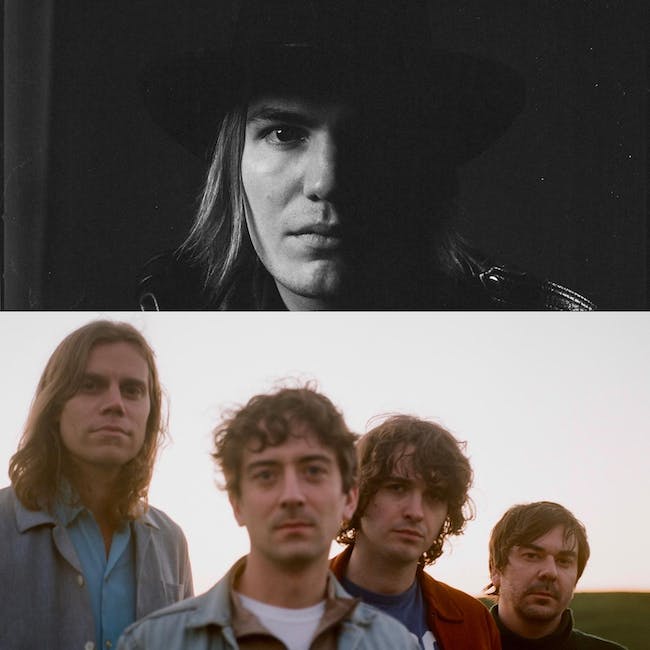 Dylan LeBlanc knows second chances don’t come around often. But, neither do voices like his.

Overwhelmed by the speed his gift would take him, from Applebee’s server to “the new Neil Young” in a matter of months, he walked away from an unlikely major label deal after releasing two critically acclaimed albums. He slipped into a blur of booze and self-doubt. Exhausted and damaged at just 23-years-old, Dylan came home to Muscle Shoals, Alabama to write a new life for himself.

In between the moments of clarity and a few familiar falls, he also wrote a new album, Cautionary Tale: a collection of shimmering, arresting songs with the same haunting vocals that caught the attention of Lucinda Williams and Bruce Springsteen, now with a sharpened edge honed by hastened maturity.

“This record is about me getting honest with myself,” says Dylan. “I had to let the guilt about the past go and find a new truth within myself. This time, I felt like I really had something to say.”

To help him say it, he sought out long-time friend Ben Tanner, the same guy who had secretly helped Dylan record his first songs after hours while working at fabled FAME Studios. (He also introduced a 16-year-old Dylan to Wilco, George Harrison, and Ryan Adams by way of an external hard drive). In between touring with Alabama Shakes, Ben was beginning to engineer records again at the label he started with another friend of Dylan’s, Grammy Award-winning musician John Paul White, formerly of the Civil Wars. The two both produced and played on Cautionary Tale.

“After everything I’ve gone through, I still love putting records out and singing for people, no matter how big or small the crowd,” says Dylan. “It’s the only thing I want to do, and now I get to keep doing it as a more well-rounded person. I guess I’m blessed or whatever the hell you want to call it.”

Night Moves new album, Can You Really Find Me, pulsates and glows with the same sublime energy that radiated from breakout single “Carl Sagan” in 2016, however in the intervening years, John Pelant and Micky Alfano have grown up. The songwriting, while still steeped in super-catchy, velvety riffs and pure pop glaze, feels more sophisticated and modern. Since the pair met in high school, awestruck by such ear-candy wizards as Brian Wilson, Todd Rundgren, Stevie Nicks and Lindsay Buckingham, they set off to craft their version of what sophisticated, emotional modern pop music can and should sound like. 2016’s Pennied Days was a breakthrough, and set a new bar for the members of Night Moves. After spending the subsequent two years on Can You Really Find Me, they’ve scaled new heights, where the sounds are still just as sweet, but now smarter, more evocative, and perfectly designed for a summer release.

So how did something that feels so warm and breezy – like the perfect summer soundtrack – emerge from the dead of a bleak and frigid Minneapolis winter? Pelant and Alfano sequestered themselves, dreaming their way out of the cold by writing songs like “Coconut Grove,” a whirly psychedelic love song, and “Ribboned Skies,” a blazing ode to guitars and syncopation. Minneapolis has always played a part in the creative process for these dyed-in-the-wool locals. Long heralded as local hot shots in the cold, desolate, land of Prince, Westerberg and Dylan, John and Micky have still never stopped working the grind; in donut shops, bakeries and restaurants, toiling to make ends meet yet trying find beauty in the mundanity, and in the tranquil midnights.

Pelant, as a writer, thrives in the gloom of isolation; a cold void, “I think it’s this type of environment that helps me feel focused. Zero distractions. Focused in a way where I can tap into certain emotions. I think some of the best music transports you to a place in time where your memories become potent visualizations. When writing closed off like this, you can see the images easily and your brain will pick the right chords and tones and guide you where you ought to go. I think being alone during that type of hibernation season is a great space in which to create.”

Once they emerged from their creative cocoon, it was down to the warmth and mythical allure of Austin, TX to bring the album to life. If Minneapolis was about hunkering down in cold isolation, Austin was about heat and life, working with producer Jim Eno (founding member and drummer of Spoon) out of Public Hi-Fi Studios, alongside live band members Mark Hanson and Chuck Murlowski, to record the ten tracks that make up Can You Really Find Me.

The tunefulness of this collection is not by accident. As Pelant deadpans, “Wouldn’t it be great if we could make a record that sounded like it has a lot of singles on it?” Whether it’s the infinitely hooky “Strands Align,” the up-tempo synth flourishes of “Recollections,” or the buttery soul of “Saving the Dark,” each song so adeptly sticks to the album premise of feeling “single-like” that you wonder how they will even choose any.

In the grab bag of modern pop genres, from neo-psychedelia to shoe-gaze, ambient pop to cosmic country, Night Moves dream big on Can You Really Find Me and deliver a genuinely sparkling set that corrals all of these styles into one cohesive collection.

Reflecting once more on the new album, Pelant feels it functions in part as a rumination on aging; a period piece denoting his last 3 years, “I told myself at 18 I wanted to dedicate my 20’s to music and if nothing came of it, I would move on. So now closing out my 20’s, I feel there is still ground left to cover, I’m not quite satisfied yet. Our last album saw us hit a lot of hurdles; despite the successes we had, we parted ways with our management and lost a founding member of the band. While it’s proven to be a bumpy ride, I feel it just may be worth the trouble. I think I’m more comfortable now in my skin than I was at 24.”