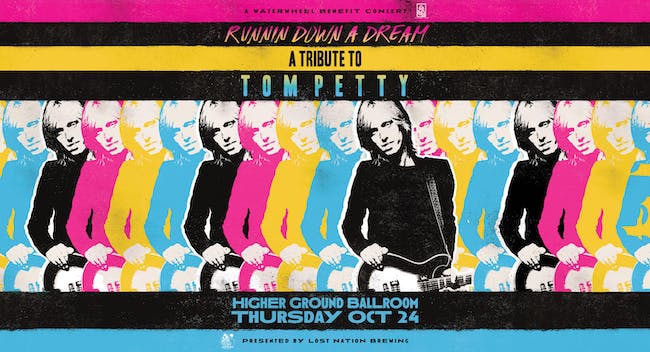 Running Down A Dream: A Tribute to Tom Petty

iCal
Google
Running Down A Dream: A Tribute to Tom Petty at Higher Ground

Higher Ground and Lost Nation Brewing present “Runnin’ Down A Dream,” an all star tribute to Tom Petty and benefit concert for The WaterWheel Foundation.

Two years ago we lost Tom Petty, a true North Star in music. Heartbroken, we piled all our friends into the ballroom and sang the guts out of as many songs as possible. It was a royal celebration and a bittersweet farewell. The show sold out and raised a few thousand dollars for Burlington’s Turning Point Center along the way.

Win-win, right? It absolutely was, but …

Tom Petty has so so sooooo many good songs and there's no way the band could play them all in just one night. After two years we're ready to celebrate the Tom Petty songbook again and we're extremely excited to partner with our phriends at The WaterWheel Foundation to raise funds for Lake Champlain. Runnin' Down A Dream will feature a Vermont all star line up and some very special guests.

+ more to be announced