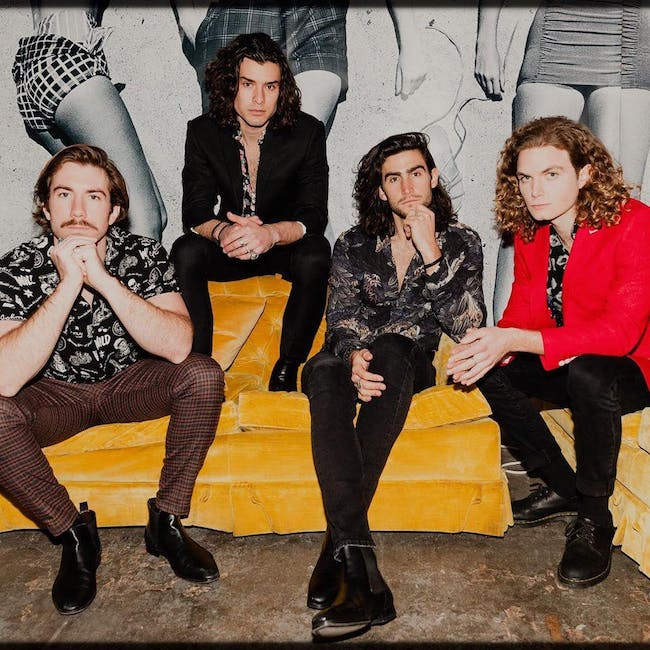 iCal
Google
The Jacks w/ The Cuckoos at Higher Ground

The Jacks performance originally scheduled for April 9 has been postponed to September 17. All tickets for the April 9 performance will be honored at the September 17 show. Apologies for any inconvenience.

The Jacks stand by their claim, “We are not a rock band, we are a rock n’ roll band.” With a heavy influence from the British Invasion of the 1960s and 70s, The Jacks have developed a rare sound that is unruly, bold, and hard to be ignored - they won’t settle with blending into the scene. While not trying to fix what isn’t broken and pushing the boundaries for tomorrow, The Jacks consistently deliver fresh but timeless music.

From their live shows to their recording techniques, they keep integrity to who they are and how they believe their music should sound. The 4-piece doesn’t hide behind backing tracks or auto-tune, what you hear is what you get.

With their new single "Hello My Friend," The Jacks are “holstering loads of promise, so it’s time you gave them a listen, have the advantage of being able to shout ‘I heard ’em before they got famous’ when they crack the big time, and indulge in some great music.” (One Stop Record Shop).

The bittersweet incandescent shimmer of The Cuckoos is deeply rooted in classic rock, dance club funk, and neo-psych art soul, earning the young Austin, Texas band a remarkable reputation in just a few short years. The swampy groove arising from the collision of New Wave romanticism, swirling experimentalism, and loud punky guitars is somehow as perfect as it was improbable, decisively demonstrated on record and stage.