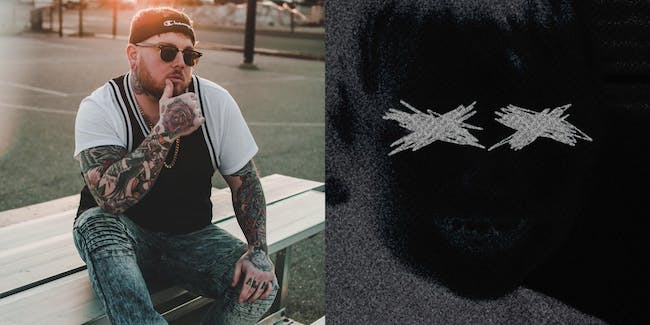 Bitter Bones (the solo-project of Jesse Harbison) emerges from a past career with touring alternative and pop-punk bands. Consequently, influence from the emo and alternative realms of his background shine through on debut single “All Okay”, an emotive and thoughtful rookie effort.

The straight-edge act, hailing from Portland, Maine, takes inspiration from the recent emergence of Post Malone and nothing,nowhere, whilst putting a bespoke stamp on his debut track. On display then emotive lyricism and catchy melodies, wrapped in an accomplished hip-hop delivery.

Debut single “All Okay”. is out now.

The alternative/hip-hop debut of Jesse Harbison sees the former touring rock band member bring heavier influences to the table on this mesmerizing and chilled out hip-hop track, tackling issues of male depression and mental health in the process. "

Duncan Cook of Portland, Maine ventures beyond his roots as a metal musician with a new project under the moniker of ‘desmo.’. His music fuses elements of dark R&B and emo rap, drawing from influences such as Joji, nothing,nowhere, and The Weeknd. Raw, introspective lyrics are coupled with versatile vocal styling, backed by hard hitting yet ethereal beats. desmo. aims to create music that is truly unique and captivating.

Fueled by his own struggles with depression and loss, desmo. uses his songs as an unfiltered emotional outlet, and a way to bring hope to those who may be facing similar obstacles. He confides in the listener his deepest thoughts and anxieties, proving that one can battle such mental anguish and still survive.