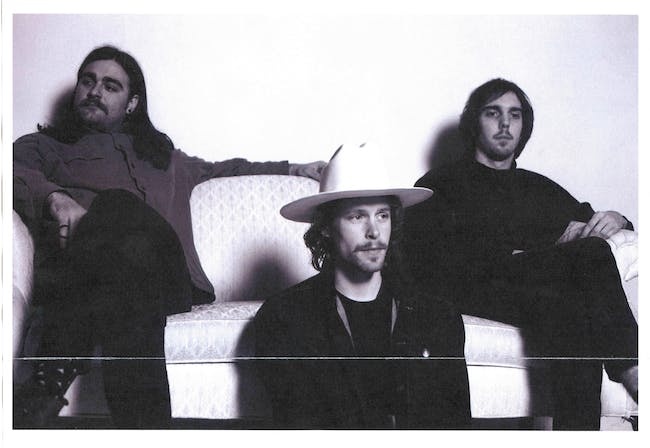 The OFFICIAL TICKET EXCHANGE for Caamp on 4/3 at Higher Ground is open.

Started by boyhood friends Taylor Meier and Evan Westfall, Caamp came to life in the college town of Athens, Ohio. Together in a hazy attic, enjoying light beers, they would find the heartfelt, folk-driven sound that became Caamp. A self-titled 2016 album quickly gained traction, with “Vagabond” racking up an astounding 25 million plays alone. A series of tours with Rainbow Kitten Surprise gave them the opportunity to expand their sound, finding audiences enjoying rock moments alongside quiet folk ballads. Indeed, Caamp’s latest album, “By and By” broadens their repertoire without sacrificing the intimate feel of their early work. The album is bookended by two of the earliest songs Meier and Westfall have written. Caamp conjures an undeniably inviting sound throughout “By and By” that forces even the newest listener into a wide smile. Since their beginnings in Athens, Caamp has grown to include friend and collaborator Matt Vinson on bass and most recently Joe Kavalec on keys. With the summer release of “By and By” and a busy slate of sold out shows underway this fall, Caamp continues to have high hopes and no reservations as they march into 2020.

Nevertheless, a noticeable glimmer of light always peeks through.

“Our lifestyle has shaped our perspective,” explains Martin. “We’ve toured so much that we haven’t been able to call anywhere home. A lot of the songwriting was done from this place of simply not having a home base. We were the perennial guests.”

“Some of the more somber moments come from a darkness I carry,” admits Callie. “I’m not an optimist, and I suffer from insomnia and depression. Traveling around on highways and utilizing the faux likes of large cooperate hotels and chains can bring a person down. Songwriting is a way to speak about sad things in a pretty and concise way while providing a distraction from some of the realities of tour life. It’s not all dreary though, and the enormous range of experiences give us the juxtaposition of happy, easygoing vintage music and dark lyrics.”

That subtle balance has transformed The Ballroom Thieves into a quiet phenomenon. Following two EPs, the group released their full-length debut A Wolf in the Doorway in 2015. Between marathons of touring, 2016’s Deadeye would spawn a string of fan favorites. They claimed real estate on prime Spotify playlists (e.g. “Your Favorite Coffeehouse,” “Relax & Unwind,” “Morning Acoustic”) with “Bees” cracking 10 million streams on the platform. Along the way, they sold out shows and delivered standout performances at festivals such as Boston Calling and Newport Folk Festival, while landing features at NPR, Baeble Music, Boston Globe, Paste, Earmilk, and many others.