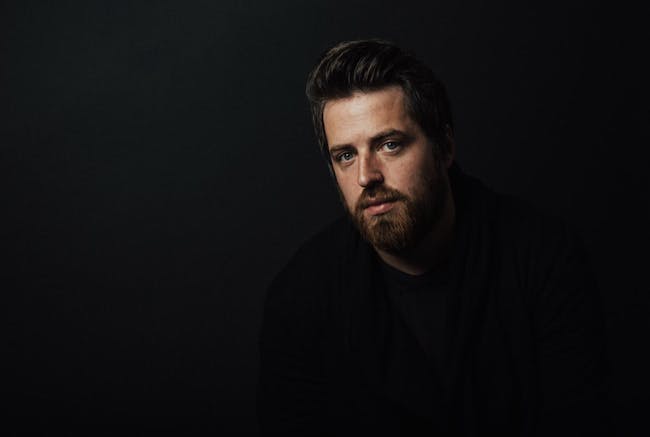 *meet & greet add-on does not include admission to the show.

There is a crystallizing moment in Lee’s childhood that poetically pre-figures his nascent gift as an empathic and sensitive songwriter. It’s become a piece of lore in the DeWyze household. When Lee was just four, his mother was listening to John Denver’s “Sunshine On My Shoulder,” and noticed Lee was crying. Turns out, he was so taken aback by the song it moved him to tears.

“Songs are magic for me—I’ve always wanted to live inside them,” the Mount Prospect, Illinois-based artist says. “My aim with my music is to give people a moment of transcendence where they can step outside their world and into the song. I want to spread the magic.”

Lee’s latest is a darkly cinematic album that represents a profound breakthrough in the power of letting one’s emotions take reign in creativity. Paranoia—out February, 16, 2018 on Shanachie Entertainment—grants the listener intimate access to an achingly beautiful netherworld that’s both seductive and sagely wise.

Lee is a visionary songwriter with a catalog of seven albums, and a robust profile of sync placements and features. His songs brim with sophisticated hooks and heartfelt storyteller lyrics. Lee is a hands-on artist and ensures that every facet of his creativity reflects his artistic authenticity. To that end, he overseas every aspect of his albums, including co- production, album artwork, and video treatments.

Heart, humor, and humility are the keys to success for singer/songwriter Troy Millette, a Fairfax, Vermont native who has quickly earned himself a reputation as one of New England’s most promising up-and-comers. Whether performing solo, alongside violinist Dylan Gombas, or fronting the full-band project the Fire Below, Millette’s shows are guaranteed to entertain music-lovers of all kinds on the back of striking original songs, imaginative covers, and witty onstage banter.

Winter 2019 brings forth a new chapter in Millette’s musical journey with the release of his debut EP Living With A Ghost. The record was recorded and produced with Christopher Hawthorn at Studio 150 in Burlington, VT. The single “Ghosts (Of What We Used to Be)” is currently available on all digital platforms. The remainder of the EP will be available February 8, 2018.