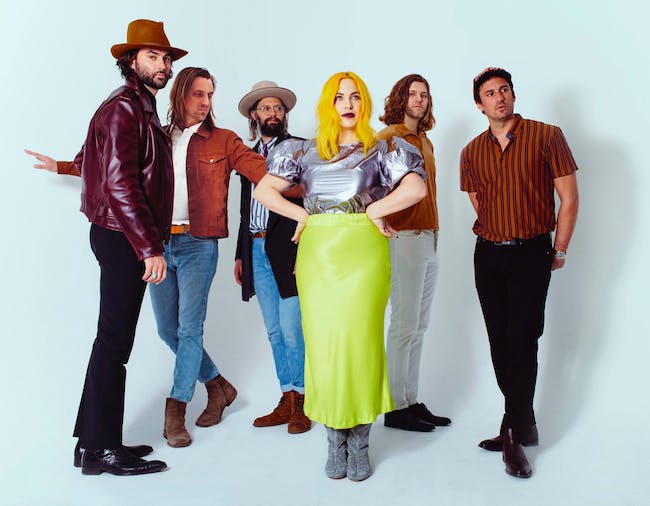 A Message From The Head and the Heart

We will no longer be able to perform our scheduled shows from May 17 to June 02 given current events. We are incredibly disappointed to break this news to you all. But we take seriously the health and safety of our fans, crew, and all involved in putting these shows on and know this is the right decision for the moment.

Tickets purchased for any of our headline dates in May or June will be refunded at the point of purchase. You should be receiving an email direct from the venue in the coming hours.

Please know preparations are already underway for a 2021 tour to make it up to you all. We hope to have more information for every date soon and can’t wait to see you out there…

Refunds will be automatically issued to all purchasers at point of purchase. Please expect some delays due to the high # of cancelled and postponed events throughout the country at this time.

The Head and The Heart

The Head and The Heart are continuing their Living Mirage tour into 2020 with brand new dates just announced. Last year's high-energy live show included two sold out nights at Red Rocks (the bands 5th and 6th sold out shows in the legendary venue), two sold out nights at the ACL Live at Moody Theatre in Austin, and more.Alongside the new tour dates in 2020, the band has just released the official video for “Honeybee," starring the band's own Charity Rose Thielen, directed by Clare Gillen with creative direction from Charity and Gilly Studio. “Honeybee” has become a fan favorite and breakout track from the band’s fourth full-length album, Living Mirage, released on Warner Records / Reprise Records to critical praise last year. The track has seen 30 million streams globally with weekly streams over 1 million in the U.S. with +34% growth last week all before impact date (impacting 2/10 at Alternative and AAA). The track has also seen a 236% increase in video views in the past week and is approaching 10 million TikTok impressions.

“Honeybee” follows on the heels of album track “Missed Connection” which secured the #1 position on the Alternative Chart and #1 at Mediabase and BDS alternative charts, already having achieved #1 on the AAA chart.This marks the band’s second #1 at Alternative, having previously landed the position for “All We Ever Knew” (Signs of Light), which also held the #1 spot at AAA for nine straight weeks in 2016. The band’s second single from 'Living Mirage', “See You Through My Eyes” was recently#1 most added at AAA radio.

Initially self-released in 2011, The Head and The Heart’s self-titled breakout debut produced instant classics including “Rivers and Roads,” “Down In The Valley” and “Lost In My Mind” (#1 at AAA) and is now Certified Gold. Their last two albums, 2013’s Let’s Be Still and 2016’s Signs of Light, settled into Billboard’s Top 10 albums chart, with Signs ofLight securing the #1 position on Rock Album Charts. They have appeared in Cameron Crowe’s Roadies, with music featured in countless other commercials, films and TV, among them Corona, Silver Linings Playbook and more. The band has established their status as a touring powerhouse, having landed prime time main stage slots at Coachella, Lollapalooza and AustinCity Limits. In total, the band has performed15 times on national television including appearances on Ellen, The Tonight Show Starring Jimmy Fallon, The Late Show With Stephen Colbert, Austin City Limits with more to come in the coming months.

A lot can change in a year: markets boom and bust, trends come and go, presidents get elected. In 2015, Margo Price was a country underdog just trying to keep enough gas in the tank to get to the next gig, but by the end of 2016, she was one of the genre’s most celebrated new artists and a ubiquitous presence on late night television and at major festivals around the world. It’s the kind of year most musicians can only dream of, and the arrival of Price’s spectacular sophomore album, “All American Made,” proves that she hasn’t taken a moment of it for granted. Delivering on the promise of her debut and then some, the record finds Price planting her flag firmly in the soil as a songwriter who’s here for the long haul, one with the chops to hang with the greats she so often finds herself sharing stages with these days.

“People have started asking me, ‘Now that you’re having success, what are you going to write about?’” Price recounts with a laugh. “A lot of what I wrote on my debut came out of my struggles in the music business, but we don’t have any shortage of material now. I’m just excited to finally have an audience and know that people are going to listen to our songs.”