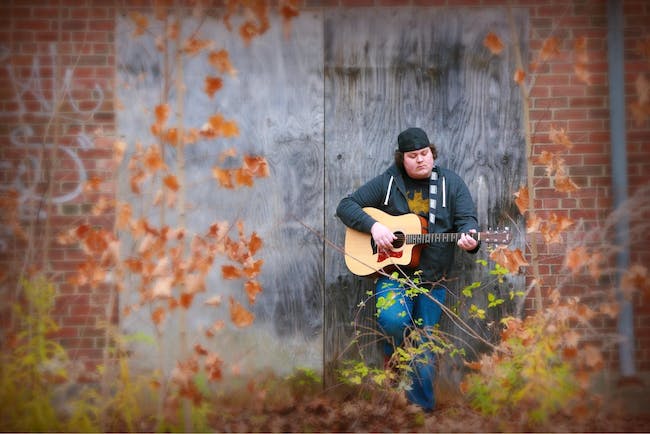 Heart, humor, and humility are the keys to success for Fairfax, VT singer/songwriter Troy Millette. On the back of his witty onstage persona, imaginative covers, and heartfelt original songs, Millette has quickly earned him a reputation as one of New England’s most promising up-and-comers. Whether performing solo and acoustic, alongside violinist Dylan Gombas, or fronting the full-band project Troy Millette and the Fire Below, Millette brings a genuineness and sense of camaraderie to his live performances that is sure to entertain music-lovers of all kinds.

Millette has been regarded as one of Vermont’s “Best Folk Artists” by Seven Days.

In February of 2019, Millette released the long-awaited debut EP Living With A Ghost. Produced by Christopher Hawthorn, Ghost is a five-song collection that Seven Days says is “sure to strike a chord with fans of storytelling Americana troubadours such as Isbell and the radio-friendly stylings of Kip Moore.”

Pattern Addict is an alternative rock group based out of Burlington, Vermont. Described as, "a truly eclectic mix of focused songwriting and tasteful, colorful arrangements that combine to create a nuanced take on indie rock" by Seven Days Newspaper, they take inspiration from a variety of genres including the widespread alternative movement in the 1990s and 2000s, indie and folk acoustic roots, and a series of jamband/post-rock groups. Drummer Dan Wagner, bassist Eden Forbes, and guitarists Liam Manion and Liam Quinlan all began playing together in 2014 in various groups that achieved moderate success. They continued to play intermittently and eventually met keyboardist Creede Burton, which is when they began headlining shows in the Burlington area leading up to the release of their first album in March of 2018. The self-titled album Pattern Addict, comprised of a series of basement recordings of the band’s favorite songs, received positive reviews and opened doors for the group to delve further into the Vermont music scene. Pattern Addict is currently working on fine-tuning the release of their second album, due at the end of the year. Meanwhile, make sure to check out the first single from the album, "One Eye Open," out now on all streaming platforms!

St. Albans, VT native Isaac French is a singer/songwriter and multi-instrumentalist currently sharing time between Vermont and New York. Born into a musical family, Isaac developed a passion for music at an early age. His first instrument; his voice, is soulful, dynamic, and spans an incredible range. Isaac recently released his debut album, Human Being, which garnered him the title of “Best Pop Artist” by Seven Days Magazine. Isaac is currently in the studio working on new music, slated for a 2020 release.